Whilst on tour in the UK, Royal Republic took some time to perform an acoustic cover of one of their […]

Whilst in the UK we asked Royal Republic to record an acoustic cover of their favourite Christmas song. You can […]

NEW VIDEO: ROYAL REPUBLIC ‘MAKING OF SAVE THE NATION’

Royal Republic have unveiled exclusive behind the scenes footage of the making of their latest video ‘Save The Nation.’ You […]

During their recent tour of the UK, Swedish rockers Royal Republic took some time out to play a very exclusive […] 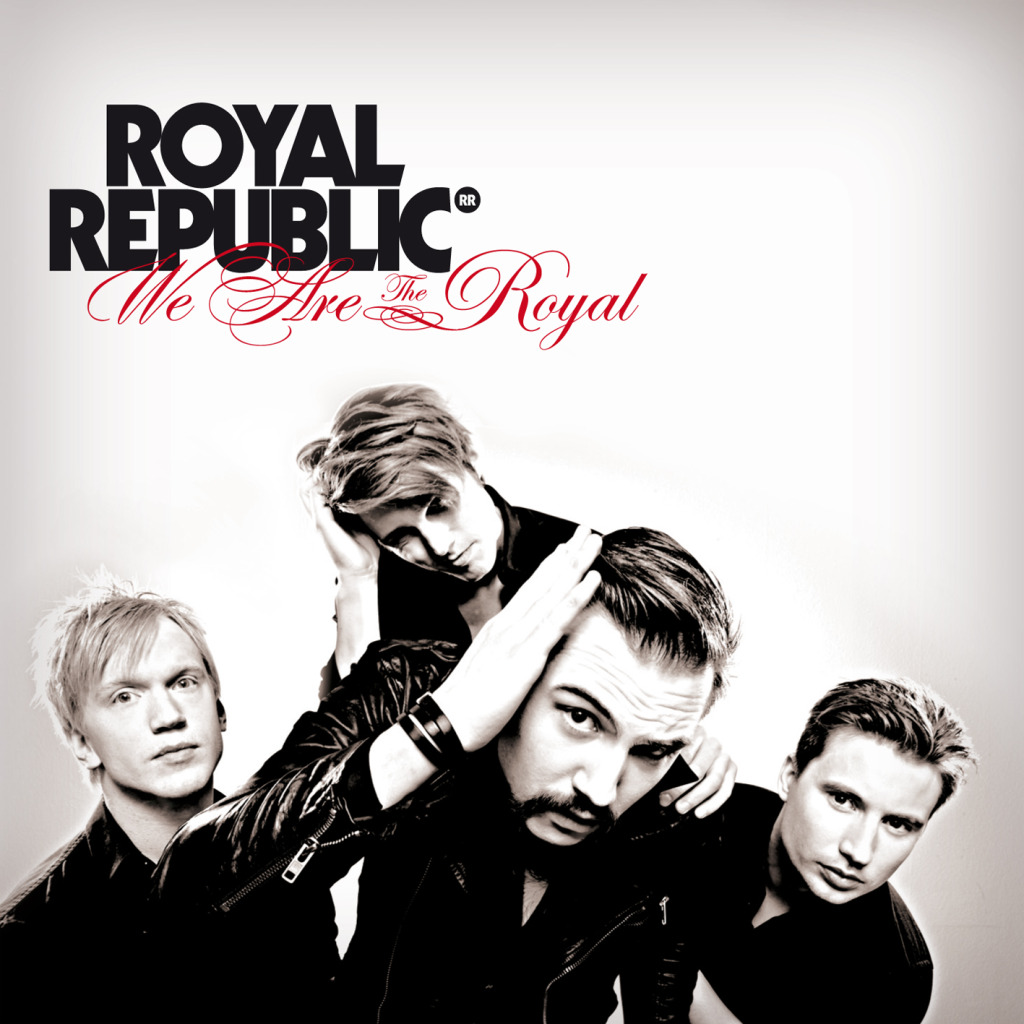 We Are The Royal

Royal Republic from Malmö, Sweden are loud, funky and on the march with their debut album “We Are The Royal”. Some bands need a little time to work their way into the consciousness of the rock public. Royal Republic on the other hand are one of those rare creatures that simply kick their way through the door with an unforgettably loud bang!

Royal Republic have advanced at light speed in their homeland into one of Sweden’s hottest tips thanks to their explosive energy, a certain irresistible charm and an arsenal of songs aimed at your head like guided missiles. Now they’ve loaded up the trucks with their tight-as-a-bug’s-ass live show and their britpop, punk and funk-influenced repertoire to conquer the fabled ‘rest of the world’!

Founded at the end of 2007, Royal Republic’s sound is not only refreshing; it’s refreshingly different, as evidenced by the rapturous reactions to their September 2009 debut single, “All Because Of You”. Big, twangy guitars stab their way along a rumbling, tumbling bassline, all punctuated by knockout punch drumming and adorned by frontman Adam Grahn’s distinctive, streetwise vocals for an unmistakable dose of uniquely Royal Republic über-fucking-coolness.

“Shortly after we got together it all began to get really serious”, Grahn remembers. “After the second or third rehearsal, it was already obvious that we all had huge plans with Royal Republic. It felt so new and exciting – just like the first time you try to grab your girlfriend’s titties!” So it’s not surprising that producer Anders Hallbäck quickly gathered the “Royal” family into Beach House Studio last fall along with mixing impresario Stefan Glaumann (Rammstein, Clawfinger, Apocalyptica…) and lit the fuse on the highly explosive material from “We Are The Royal”.

Royal Republic are redefining Sweden’s rock boundaries with their massive songs, matched in size only by their mouths and their sense of humor, as the album title “We Are The Royal” implies. Grahn laughs, explaining, “This song came along at some point in the middle of the songwriting sessions. Our drummer Per and I were pretty much holed up in my fucked up little studio apartment for a good month beating our brains out trying to come up with great songs. We were practically delirious, so we decided to write a straight-up fun song for a change. Somehow we came up with the slogan ‘We are the royal’ and we thought it was really cool; so cool in fact that we decided to make it the album title…” One listen to the black humor of songs like “Tommy Gun” or “Underwear” and it’s obvious that Royal Republic don’t take themselves all too seriously.

“Of course we don’t take ourselves too seriously. With songs like ‘Underwear’ or ‘Good To Be Bad’, we really hope that people get our sense of irony and don’t think of us as hard-ass prima donnas! We’re not rock stars (yet), but we love to use these typical rock star clichés in a tongue-in-cheek way. And we love making music.” You’ll look long and hard here for cathartic self-therapy, spectacular enlightenment, soul-wrenching confessions or any attempt at heartbreaking. Just good entertainment – that’s what Royal Republic do best, as audiences know from their sweat-soaked supports slots with bands like CKY or Biffy Clyro.

As one might also expect of any self-respecting big-city rockers, the Royals’ range of musical influences is equally as big as their funny bones. Grahn smiles, “People will probably continue comparing us with another Swedish band whose name slips my mind at the moment! But it’s true that our musical backgrounds are extremely diverse. It all probably starts with the Hives or Danko Jones and then stretches out to a little Metallica, on up to Bob Dylan, Norah Jones and even film music or classical. And maybe even a touch of the absolute deadliest black metal you can imagine.”

It all adds up to a high-proof mixture that’s reflected in the power and regal glory of “We Are The Royal”. The red carpet is rolled out with the furious opener “The Royal”. The journey continues with the thumping “Walking Down The Line” and the mercilessly catchy stomper “Full Steam Spacemachine”, and the whole party wraps up with the dripping dirty groove of “OIOIOI” – Swedish for “oh fuck”. Royal Republic deliver world-class straightforward rock that invades your brain like a welcome tumor and keeps you jumping without a minute to breathe.

“My whole apartment is covered in little yellow post-it’s with my song ideas. It’s tough, but I’m inspired virtually round the clock, and my best ideas usually come at the most inconvenient times, like when I’m in the shower or just sitting down to a romantic candlelight dinner. There’s nothing I can do then but excuse myself quickly to take care of ‘urgent matters’…”

The perfect example is “The President’s Daughter”, a modern interpretation of Romeo & Juliet as conceived by Adam Grahn. “The lyrics are based on let’s say a half-true story! I’ve always been a poor musician moving from one house to the next with my trusty guitar. One day I tried to get a date with the daughter of the richest man in the city. I snuck into the garden and threw pebbles at her window. Unfortunately, her father saw me first and chased me off like a stray dog! This song is my little payback. I hope they choke on it!”