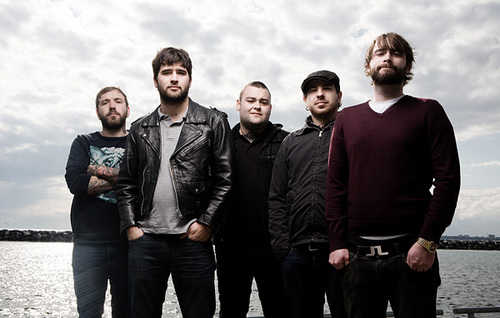 After more than a decade, Alexisonfire has announced that the band will be going their separate ways. In a statement […]

ALEXISONFIRE: A NOTE FROM GEORGE…

ALEXISONFIRE’s George has issued a statement to fans, which you can read on the band’s website at THIS LOCATION.

ALEXISONFIRE’S GEORGE PETIT: “WE MADE THE CONCIOUS EFFORT TO GET OUT AND PLAY ABROAD AS MUCH AS POSSIBLE”

When ALEXISONFIRE frontman George Petit met with Altsounds recently, talk not only focused on their recent headline tour of the […]

ALEXISONFIRE recently hit the UK on a headline tour, the last here for their current album Old Crows / Young […]

WE CHAT TO ALEXISONFIRE ABOUT TOURING, ‘DOGS BLOOD’ AND THEIR FUTURE PLANS

Whilst they were here on their recent UK headline tour, we took time out with ALEXISONFIRE front man George Petit. […]

ALEXISONFIRE- ‘DOGS BLOOD’ OUT NOW + IN-STORE SIGNINGS FOR LEEDS AND MANCHESTER THIS WEEKEND!

Today sees the ALEXISONFIRE UK tour kick off in (sunny?) Cardiff. The guys will be up and down Great Britain […]

On October 31st, ALEXISONFIRE will release new digital EP ‘Dogs Blood’ and today the band revealed the title track for […]