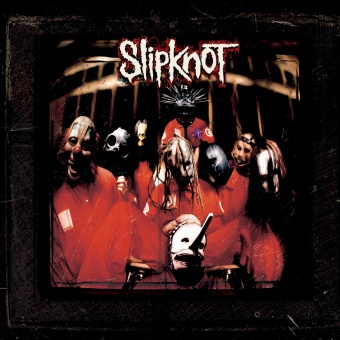 SLIPKNOT are set to release a special anniversary edition of their seminal eponymous debut album on 9th September (9/9/09). The CD/DVD package will include 25 tracks; the original album, plus a batch of rare demos, remixes, little-known b-sides and more.

The companion documentary DVD, entitled ‘of the (sic): Your Nightmares, Our Dreams’, is packed with behind the scenes footage of Slipknot from 1999. This never-before-seen hour-long piece was directed by the band’s M. Shawn Crahan (Clown), who combed through his vast archives to compile the definitive chronicle of this key period in Slipknot’s career. This inside look features both live and backstage footage from around the world. The DVD also features all the music videos from their debut cycle as well as other surprises.

Bonus DVD: ‘of the (sic): Your Nightmares, Our Dreams’ A short film by M. Shawn Crahan giving a peek into the surreal and complex time around the release of Slipknot’s debut album. Also includes an entire never before seen live concert from Dynamo Open Air 2000 and music videos.

Music Videos:
Spit It Out
Wait And Bleed
Wait And Bleed (animated version)
The expanded package artwork includes never before published photos and a new foreword from vocalist Corey Taylor.

A deluxe collector’s edition of this package, ‘Slipknot – 10 years of life death love hate pain scars victory war blood and destruction’ will also be released. Contents will be packaged in a special steel box and include Slipknot 10th Anniversary CD/DVD, a t-shirt, patch, collectors cards, key chain, plus a few extra surprises.