Taken during a recent shoot of a ProLite video, this performance features SONOR artist Gavin Harrison from PORCUPINE TREE doing […]

PORCUPINE TREE, OPETH AND DREAM THEATER IN THE 10 BEST PROGRESSIVE ROCK ALBUMS OF THE 2000S ON POP MATTERSí¢äå_

In the last week or so you may have noticed a monkey invading your Facebook and Twitter feeds. Some of […] 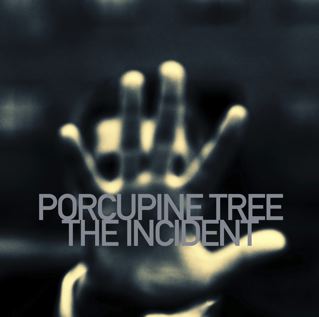 Porcupine Tree is unquestionably one of the most difficult-to-categorize and innovative bands working today.

The band is fronted by Steven Wilson, who also is well-known for his work producing other artists, from Swedish progressive metal group Opeth, to Norwegian chanteuse Anja Garbarek. He also has several other projects, including No-Man, Bass Communion, and Blackfield.

Porcupine Tree was founded as a self-indulgent creative outlet for Wilson, and the first major release was ‘On the Sunday of Life…’ in 1992, an album of psychedelia and studio experiments which bears little relation to the band’s current sound. From here, Wilson expanded the sound, creating the progressive rock/ambient trance fusion on the 30-minute long single “Voyage 34.” One of the only constants in Porcupine Tree’s music is how it continues to evolve and confront the expectations of the band’s fans from album to album.

In late 1993, the solo project became a band, as Colin Edwin (bass), Chris Maitland (drums), and Richard Barbieri (keyboards) were recruited to enable Porcupine Tree to perform live. Richard had previously been a member of one of the most experimental 80’s bands, Japan. The first real band album recorded was ‘Signify’ in 1996, which was followed by ‘Stupid Dream’ (1999), a breakthrough album which saw the band move into a more song-orientated direction. ‘Lightbulb Sun’ continued along that song-oriented tack, but, never content to rest on their laurels, Porcupine Tree changed course again for their next release, shuffling their lineup for the first (and to date, only) time. Chris Maitland departed and was replaced by Gavin Harrison in 2002, as the band signed a new international recording deal with Lava/Atlantic Records.

Since then, three major label album releases — ‘In Absentia’ and ‘Deadwing, and the Grammy-nominated “Fear of a Blank Planet’ — have augmented the band’s renown. Heavier than previous releases, the albums have found favor with older fans and introduced Porcupine Tree to a whole new audience.

In 2006, Porcupine Tree moved to the highly successful independent rock label Roadrunner for Europe. Since releasing Fear of a Blank Planet in 2006, the band have also released a number of titles on its own Transmission label, including the EP Nil Recurring, and the acoustic album We Lost the Skyline.

‘The Incident’ is Porcupine Tree’s tenth studio album and like ‘Fear Of A Blank Planet’ – which was an elaborate conceptual piece fuelled by a 21st century cocktail of MTV, sex, prescription drugs, video games, the internet, terminal boredom and subsequent escape – it takes the listener on a thrilling audio journey. In turns haunting, desolate, hypnotic and euphoric, its centre-piece is the title track – a stunning 55-minute musical statement that breaks down into 14 separate and often diverse (though interlinked) vignettes.

The tale begins slowly with ‘Occam’s Razor’, gaining momentum and intensity with ‘The Blind House,’ ‘Drawing The Line’, and ‘The Incident’ itself, though the group’s masterful manipulation of sounds and textures is never overlooked. The mellowness of ‘The Yellow Windows Of The Evening Train,’ for instance, is accompanied by the gentle crackle of a needle on vinyl – for all his skill as a producer and remixer, Wilson is a staunch supporter of the ‘old’ ways of listening to music. Incorporating both of these styles, ‘Octane Twisted’ somehow batters and seduces simultaneously, while ‘I Drive The Hearse,’ further sweetened by an uplifting guitar climax, is an intoxicating slice of melancholy with which to book-end the record’s 14-piece song cycle.

The seeds of the idea that led to ‘The Incident’ came to Steven Wilson as he became caught up in a motorway traffic jam whilst driving past a road accident.

“There was a sign saying ‘POLICE – INCIDENT’ and everyone was slowing down to rubber neck what had happened,” he recalls. “Afterwards, it struck me that ‘incident’ is a very detached word for something so destructive and traumatic for the people involved. And then I had the sensation that the spirit of someone that had died in the car accident entered into my car and was sitting next to me.

“The irony of such a cold expression for such seismic events appealed to me, and I began to pick out other ‘incidents’ reported in the media and news,” continues Wilson. “I wrote about the evacuation of teenage girls from a religious cult in Texas, a family terrorizing its neighbours, a body found floating in a river by some people on a fishing trip, and more. Each song was written in the first person and tried to humanize the detached media reportage.”

Additionally, Wilson delved back into incidents in his own life that had profound affected him, including a lost childhood friendship, a séance, his first love, and the day that he decided to give up secure employment to follow his dream of making music. The album’s epic song, an 11-minute Pink Floyd-flavoured masterpiece called ‘Time Flies’, for instance, begins with the line: “I was born in 1967.”

“1967 was possibly the most significant year in the history of rock music; ‘Sergeant Pepper’ by the Beatles and the first albums by Jimi Hendrix, Pink Floyd, and The Doors were all released that year,” says Steven. “I found myself wondering whether those facts were significant… maybe it’s why I ended up becoming a musician?”

‘The Incident’ poses a lot of important questions and will give the listener plenty of food for thought. As ever, though, Wilson is loath to provide what he thinks the answers might be. “One of the beauties of music – one of the reasons it’s still the greatest art-form, even over cinema – is that it demands so much of the person that experiences it, as well as those that create it.”

‘The Incident’ is certainly not the kind of album that will be fully absorbed in a single sitting. Indeed, repeated listenings reveal all sorts of hidden detail. “It’s definitely not an album that should inspire a passive response,” proclaims Wilson.

Pushed for a more succinct description he calls ‘The Incident’: “A slightly surreal song cycle about beginnings and endings and the sense that ‘after this, things will never be the same again’.”

Coming to the recording sessions following his first ever solo album, November 2008’s ‘Insurgentes,’ Wilson admits that the experience of having worked alone affected the direction of ‘The Incident.’ “Possibly because of having done that, this record is darker, more expansive, and more experimental,” he theorizes. “But when I write for Porcupine Tree, I know the sound I’m after.”

While ‘Fear Of A Blank Planet’ featured contributions from three special guests – Alex Lifeson of Rush, King Crimson’s Robert Fripp and the band’s live guitarist John Wesley – and ‘Insurgentes’ was also executed with considerable outside help, ‘The Incident’ is slightly unusual for being completely self-contained. Like its predecessor, however, it was self-produced by all four group members.

‘The Incident’ is completed by four standalone compositions – ‘Flicker’, ‘Bonnie The Cat’, ‘Black Dahlia’ and ‘Remember Me Love’ – all housed on a separate CD to stress their independence from the record’s main 14-part suite.

As with ‘Fear Of A Blank Planet’, the Wilson-helmed 5.1 mix of which was nominated in the Best Surround Album Award at the 2007 Grammies (eventually losing out to The Beatles’ ‘Love’), Porcupine Tree will be performing ‘The Incident’ in its entirety during the first shows of its next world tour.