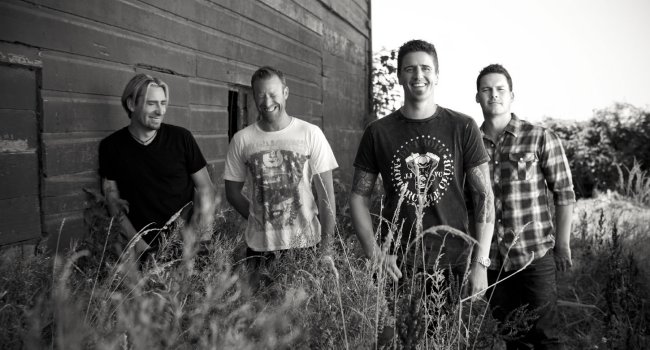 NICKELBACK // THE BEST OF NICKELBACK, VOL. 1 IS OUT NOW!

‘The Best of Nickelback, Vol. 1’ is OUT NOW! Click here to get your copy on Amazon or iTunes. The […]

NICKELBACK RETURN TO THE UK!

Rock superstars, Nickelback have announced that they will be returning to the UK and continental Europe at the end of […]

NICKELBACK’S CHAD KROEGER TO TIE THE KNOT WITH AVRIL LAVIGNE…

Due to huge demand, NICKELBACK have added a second London date to their ‘Here & Now‘ tour. After starting the […]

NICKELBACK PREMIERE THIS MEANS WAR ON THEIR YOUTUBE CHANNEL…

Fancy getting your hands on tickets for NICKELBACK’s upcoming tour earlier than the general sale date? Well, now you can […]