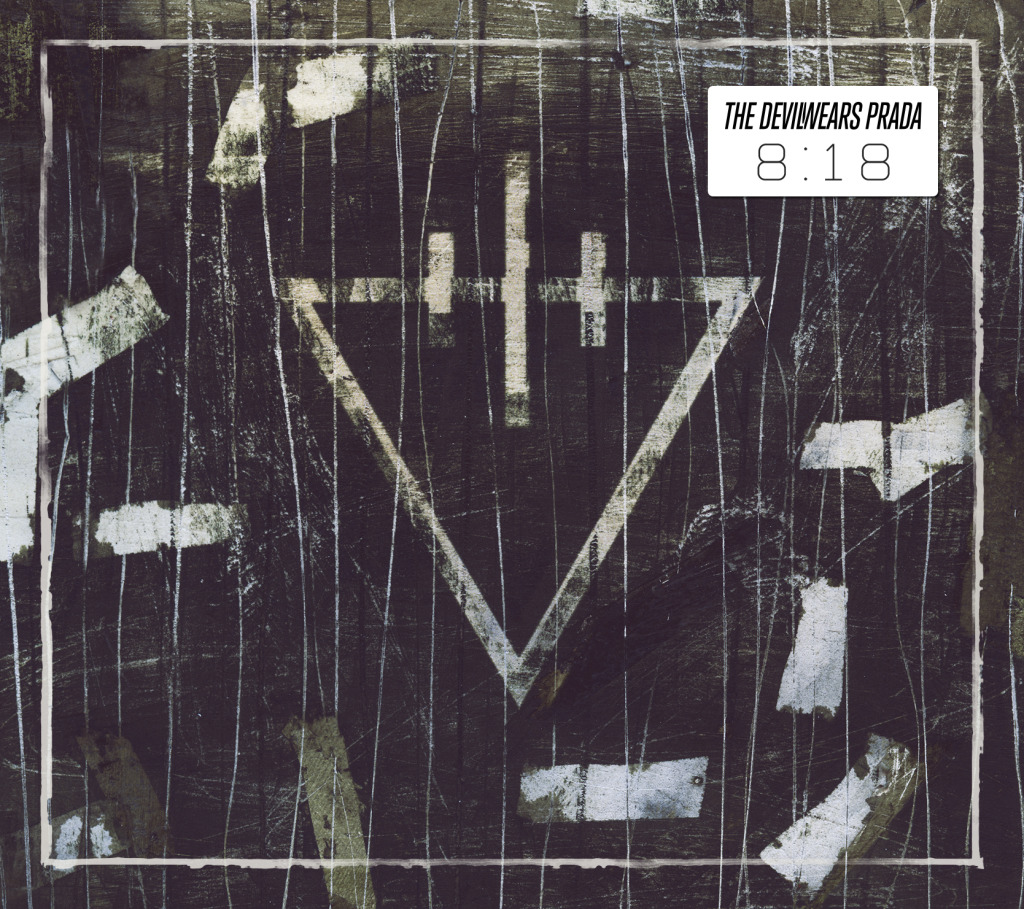 The Devil Wears Prada is the musical embodiment of a generational shift. Built on a diverse array of heavy, dark, melodic and genre-defying music; hardened and sharpened by putting in road work together since the days when they had to skip class to tour: The Devil Wears Prada is at the forefront of a movement that bridges the gap between Rockstar Mayhem and the Vans Warped Tour.

The passionately inspired band’s brand new album for Roadrunner Records, cryptically titled 8:18, embodies an unflinching, uncompromising authenticity born from revelatory introspection and obsessive workmanship. The dichotomies are refreshing, invigorating and boundless. There’s an oppressive, suffocating darkness to their heavy music, counterbalanced by the hope within their collective faith. The most brutal of crowd-moving breakdowns ignite with friction, bristling against soaring melodies, progressive yet catchy riffing and keyboard soaked atmospheric esotericism. To put it simply: The Devil Wears Prada have developed the chops, the cred and the audience of a true-blue thinking person’s heavy metal band, while simultaneously welcoming fist-pumping hellraisers and youthful moshers alike. 8:18 continues the war against humanity’s dark urges, pointing the finger inward and outward through a medium that is itself both bleak and grand.

“Much of the heavy music around us suffers from a total lack of emotion. It’s sort of losing an audible sense of sincerity,” observes vocalist Mike Hranica. “The guitars, the drums, the songs themselves create that sorrow that I want the lyrics to tell on 8:18. And I made sure that my vocals created emotions that I have heard in post-hardcore, but that I rarely hear in breakdown-heavy metal bands like us.”

Guitarist Chris Rubey concurs. “If I listen to the title track and I’m in the right mood, I will tear-up because of the lyrics and vibe of the song,” he confesses. “What Mike is saying with all of his lyrics on this album is extremely powerful.”

The overriding theme on 8:18 is misery, exploring that mental and emotional state through its various guises, manifestations and interpretations. Tracks like “Gloom,” “War,” “Black & Blue” and “Home for Grave” spring forth from that foundation, exploiting concepts like mediocrity, existential angst and life’s bigger questions under an atmosphere of musical dread, hostility and darkness.

Mike Hranica is blessed with a commanding roar, but infuses the proceedings with a literary sensibility, a commitment to self-evaluation and a painstaking modesty that levels the playing field between performer and listener beneath the surface.

Principal songwriter and guitarist Rubey is an accomplished producer in his own right. Rubey brings all of that experience to the table with his band through an understanding of the group’s fans, the result of multiple hours spent pouring through social media, YouTube comments and online forums. It all coalesces into creative leaps that are intertwined with The Devil Wears Prada’s established identity. As he squeezes out his self-described “ADD” compositions, Rubey challenges himself not to repeat the past, both in and out of TDWP.

“All the way through our last album, I had a giant bank of songs. I was going back to material I had written when I was still in high school,” Rubey explains. “I had run out of material. This new one is the first album where I had to start from scratch. We already had a bank of like 60 songs and I knew these songs had to be better than all of them. By the time we had 13 songs together, I was able to listen to them and I was like, ‘We did it.’ It felt like a struggle to write the entire album, but once it was finished, it hit me and I’m so incredibly happy with it.”

Rhythm guitarist Jeremy DePoyster contributes the hook-laden underbelly to Prada’s brutal musical beast, handling the “clean” singing with a fine-tuned abandon to rival the pop stars dominating the charts. He grew up listening to Rob Zombie and Korn, but his iPod these days is packed with just about everything one can name. His singing vocals shine particularly on “Care More,” a heavily electronics infused song with a dark mood. “There’s so much of this crappy auto-tuned singing thing happening right now. It’s disappointing to me because I’ve been singing since I was a kid,” DePoyster says. “We all know what auto-tune is and we all use it to get things to work a little better, but when I hear things that are using it just as a crutch, that is extremely disappointing to me. Mike does a lot of passionate, raw, vibey screaming on this record, too. It’s great.”

Andy Trick has a Minor Threat inspired tattoo that exhibits his early inclinations toward hardcore punk, an ethos and a mindset that still courses through the bass player’s veins even as he takes the stage playing guitar-driven metal music around the world. His bass playing anchors the theatrics and fluid, tasteful beats of Daniel Williams. Prada’s drummer carries the class and finesse of the indie crowd, while pummeling the drums with the power of metal’s finest. “Since the beginning, we have liked breakdowns, we have liked heavy sounds, we have liked melodic singing, we have liked heavy metal in general,” notes Hranica. “Those are the most basic fundamentals of what this band has been about.”

“We love a lot of the records Matt has made and obviously we love Adam and he’s a great friend,” DePoyster points out. “Adam was very involved in doing the vocal stuff with Mike and I and had given us ideas when we were making demos. Both of those guys were great with us and were able to make contributions and make us think about things in different ways without making us uncomfortable.

With 8:18, The Devil Wears Prada cement their status as a band who have not only weathered the pressures of early, youthful popularity, but grown into masters of their craft. From album packaging to merchandising, from video production to stage lighting, The Devil Wears Prada are hands-on and pay excruciating attention to detail to ensure they always deliver their best, that their overwhelming passion will endure. They push themselves to create a lasting work that inspires, empowers and challenges, in equal measure.

“At the risk of sounding cocky, this band is my favorite band,” Rubey declares.

“We’re not kids who just want to hit the road and see where this goes,” adds DePoyster. “We’re making a conscious choice to do this because we love it.”

The Devil Wears Prada are unwavering in their commitment to each other, their fans, their art, their higher calling toward truth and to their desire to engage. The emotion remains sincere, the musicianship supreme.