Flint, MI firebrands, KING 810 have announced a UK headline tour for February 2018. Last seen on these shores for […]

KING 810 Set To Return To The UK For Bloodstock!

KING 810’s new album ‘la petite mort or a conversation with god’ is out now.

The brand new album from Flint’s KING 810 is out now. ‘la petite mort or a conversation god’ features the […]

Watch the brand new KING 810 music video for Alpha & Omega! The song is taken from the bands forthcoming album […]

KING 810 have released a brand new song from their upcoming album ‘la petite mort or a conversation with god’. […] 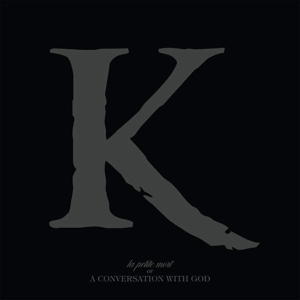 la petite mort or a conversation with god

You’ve never been somewhere like this before. You won’t forget it though. It’s only about six miles, and there’s no looming and booming metropolis to retreat to. Instead, wilderness chokes the outskirts as abandoned homes, warehouses, and factories line these streets that play host to thousands of faceless ghosts.
Flint, MI, the forgotten city, is where KING 810 call home and it’s the dystopian dwelling that sets the back drop for the band’s debut LP, Memoirs of a Murderer. With no mayor to preside over the bereft community and a miniscule police force, Flint, MI teaches its young to fend for themselves. Memoirs of a Murderer is an embodiment of KING 810’s life within this pressure cooker, a glimpse into the personal account of this disappearing metropolis where tree branches live longer than the children do.

Memoirs of a Murderer is a memoir of the life of frontman David Gunn set to the backdrop of Flint, MI. Cut to a crackling old tape recorder, Gunn’s narrative eclipses three distinct movements, traveling from a very real place down a rabbit hole into the abstract. The three movements align with Freud’s psychoanalytic theory of personality, in which the three elements of personality – known as the id, the ego and the superego – work together to create complex human behaviors.

Whether shootings at nine-years-old or knife fights as a pre-teen, the first act of Memoirs of a Murderer captures the violence that plagues the streets of Flint. Songs like the introductory tracks “Killem All” and “Fat Around The Heart” are blood-spattered evidence of that. This is a lament born out of the necessity for survival as Gunn and his bandmates – Andrew Beal (guitar), Eugene Gill (bass) and Andrew Workman (drums) – have formed a bond forged by the pressures of the streets. They are a family who look after each other, there is love in the belly of this beast.

The first of two spoken words found on Memoirs of a Murder transitions the record into its second movement where Gunn explores themes of love. Unlike the brotherhood discoursed in part one of the record, tracks like “Eyes” and “Devil Don’t Cry” immerse the album in echoes of lost love.

Transcending the tangible, a second spoken word acts as the vehicle to the final segment of Memoirs of a Murderer which includes a message from Gunn’s mother urging him to let go of the violence back in the battlefields of Flint. During an extremely candid song, “Write About Us”, Gunn rattles off loved ones in his life by name-and their own trials. During the final musical memoir, “State of Nature”, Gunn pleads not for redemption but remembrance as what may or may not be left of him floats off into the ether, further than ever from where he first began this journey of self-examination.

These are David Gunn’s Memoirs, chilling and starkly poetic, introspective and brutally honest. Keep this in mind as you listen to these tapes.