Metal Hammer recently spoke to De La Tierra’s Andreas Kisser about the band’s debut self-titled album, which is out now. […]

Latin American metal supergroup, De La Tierra have today released their self-titled debut album through Roadrunner Records. You get your […]

You can now pre-order the debut self-titled album from Latin American metal supergroup, De La Tierra on Amazon and iTunes. […] 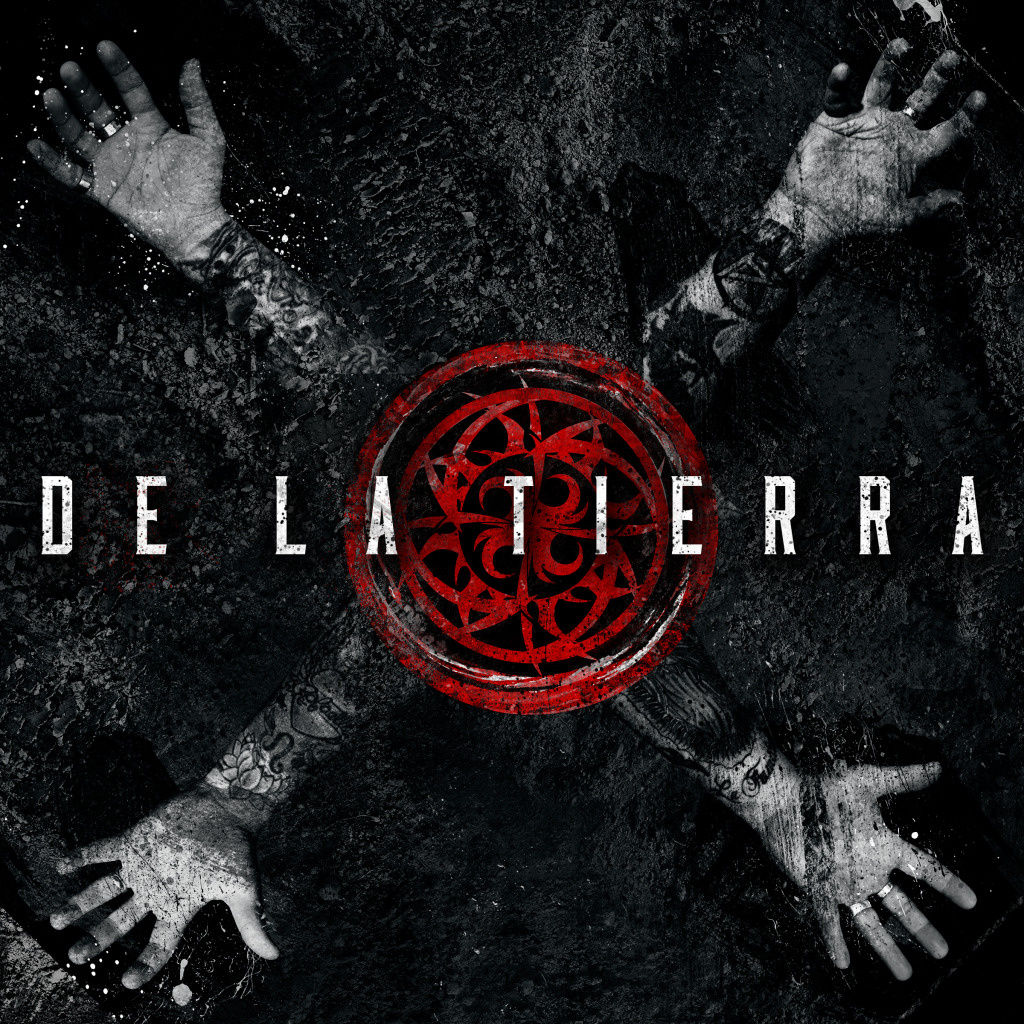 “De La Tierra is just starting out, so we don’t have a history yet. The possibilities of doing great things are huge, but even though our names are well-known, we are still small”, says Andreas Kisser, guitarist and leader of Brazilian band Sepultura. He shares this new project and musical journey with Andrés Giménez, former leader of A.N.I.M.A.L., Sr. Flavio, bass player of Los Fabulosos Cadillacs, and Alex González, drummer of Maná.
“Get ready: this is going to be explosive! We’ve seen ourselves in action during rehearsals, and the communication, the flow, has been unbelievable from day one. We haven’t stopped wondering what it’d be like to see the four of us play live”, states Alex, not hiding his excitement. Andrés agrees, “The main thing is what happens on stage. I am truly happy, very excited. I think the most important thing is that we’re having a lot of fun together, we get along very well.” Flavio adds: “What’s important is what we are: a band of experienced musicians with long track records and different nuances who have connected and recorded a very rich album that flows from the heart.”

According to frontman Andrés, the group’s first single, ‘Maldita Historia’ “talks about the experiences of somebody who wants to live his dream, and finds himself tackling the obstacles always found in life… We live in a world plagued by corruption, lies, lack of opportunities, inequality; that is the ‘maldita historia’ (damned history). Yet it offers a positive outlook: if you set your mind to it, it can be reversed. So, here we are; it’s up to us to either give up the struggle or continue until we reach our desired goal.”

Those who’ve seen how passionately Alex and Flavio play and who are familiar with Andreas’ trademark guitar and the multiple colours of Andrés’ voice, can anticipate what’ll go down when the band kick off their tour cycle in March 2014. That’ll be when they finally make their dream come true, a dream that was born many years ago during a backstage chat between Maná and A.N.I.M.A.L. when Andrés and Alex would both discuss their passion for heavy music.

Maná’s last visit to Argentina in 2011 rekindled the plan. “We can get together and play whenever you want”, Andrés had said a few years ago. “I’m here! Are we playing?” was Alex’s response in Buenos Aires. The next day at dinner with Flavio, Andrés observed “A power trio is great; but if we were four, with two guitars, it would be much better.” Andrés then suggested Andreas Kisser and both Flavio and Alex immediately agreed. When Alex called, Andreas was about to go onstage in Italy. “Call me in a couple of hours and tell me about it”, was the Brazilian musician’s response. Alex instead sent him an email talking about the project, which was meant to be a get-together for fun. Andreas’ response came back immediately: “I am the band’s guitarist!”

The band were still nameless. Everyone had ideas, but Andreas came up with something that hit the nail on the head. Andrés explains; “We all mentioned a couple of names and Andreas came up with this one. In three words, he stated the meaning of who we are as individuals, as friends, brothers, musicians, as a band. We are De La Tierra (‘from the earth’) from Latin America; it is unbelievable how much it symbolizes.” Flavio agrees, “De La Tierra is powerful, graphic, it represents us as inhabitants of this continent.” Alex admits that “the concept of Latin American brotherhood may sound romantic, but we feel it’s important. Unity is strength and it’s a positive name.”

Kisser’s intentions were twofold. On one hand, to play with a name that would give them freedom, that wouldn’t tie the band to a certain genre or style, and on the other, to show that it’s possible to merge Brazil’s music with that of other countries, something that has always seemed so difficult. “We share the same continent, but our cultural connection is very poor. I think that De La Tierra could be a group that brings cultures together beyond language and could give us an idea of identity.”

Alex says he feels “like a 15-year-old who is just starting out.” Flavio and Andrés want to go on stage right now. Maná doesn’t have any recording dates scheduled until later next year, which is why early 2014 will see these four musicians rehearsing together in Buenos Aires, just as they did during 10 furious days in late 2013, when the groundwork was laid for the album’s 11 tracks.

Bass, drums and the mix, were laid down in Buenos Aires; vocals at Andrés’ studio and guitars in Sao Paulo where Andreas and Andrés shared all the tasks. All recording and mixing was undertaken by Stanley Soares, Sepultura’s engineer; the master was created later in Los Angeles, together with Tom Baker. The record was self-produced by De La Tierra.

The outcome makes them happy. “We aren’t here to deceive anybody, we’re here to make music and celebrate our love of metal”, announces Andreas. “If you are closed-minded, you’re not going to get it. If you have an open mind, you are. It will be for whoever it shall be. The most important thing is that for us, it already is”, states Flavio.

Andrés comments that the De La Tierra album moves him. “There are no samplers, there is nothing that isn’t human; this band considers technology as just another weapon that allows us to show what we wanted to do: to recover the analogue aspect of a human being.” Alex summarizes this passion, putting it into words: “On De La Tierra, there are some moments when you feel the world is coming to an end and others when the sky seems to open up, letting the light shine. It is metal that is fast, powerful, explosive, with lots of adrenaline. You have darkness and light. There is melody and also a lot of punch.”