Mikael Akerfeldt and animator Jess Cope have discussed the making of STORM CORROSION‘s incredible video for the track Drag Ropes. […]

Classic Rock Presents Prog announced their first annual awards ceremony the other day, with a ton of awesome Roadrunner artists […]

STORM CORROSION have been revealing a series of Fan Q&A clips recently and as there have been quite a few, […] 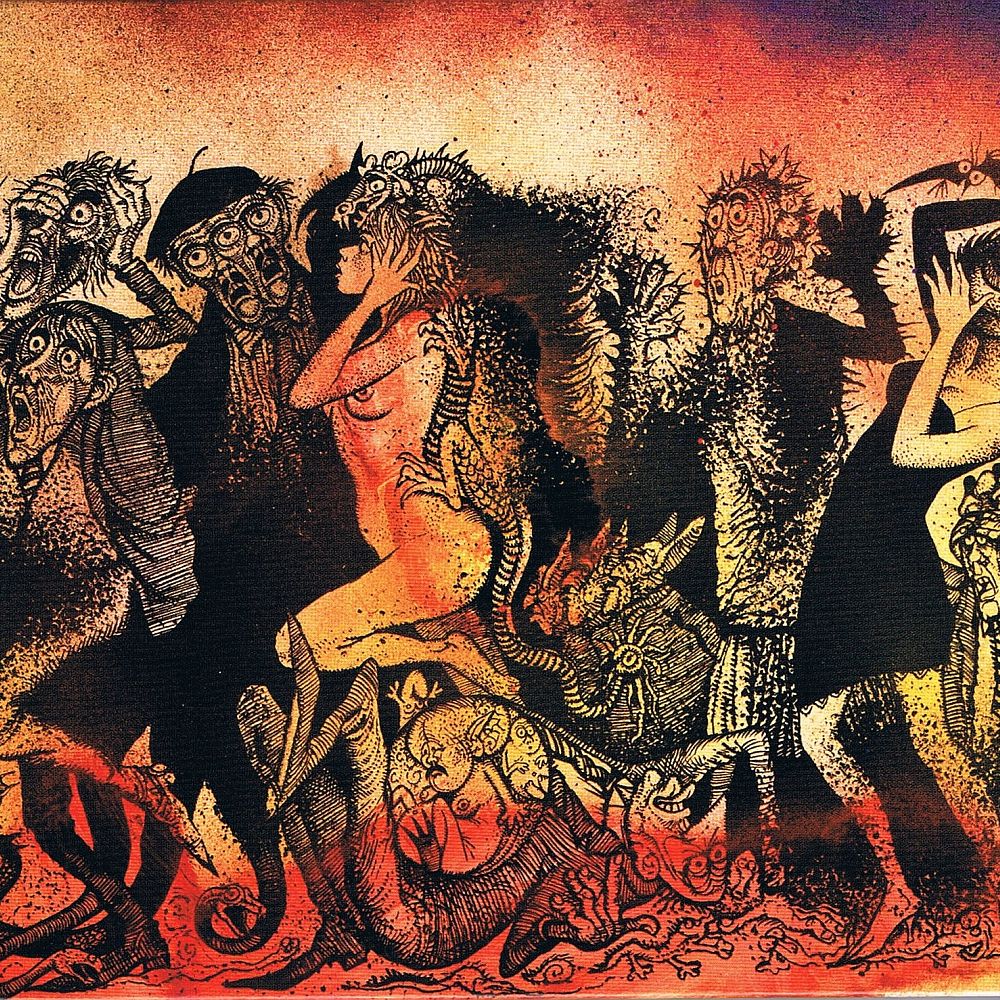 The coming to fruition of a meeting of musical minds that has had fans of adventurous, progressive and heavy music shivering with anticipatory excitement for many years, Storm Corrosion is unlike anything you have ever heard. A collaboration between two of the modern era’s greatest and most revered artists – Steven Wilson, prolific sonic polymath and frontman with UK prog standard bearers Porcupine Tree and Mikael Åkerfeldt, leader and chief creative driving force for Swedish progressive metal legends Opeth – it takes the listener on an unprecedented journey into realms yet undiscovered.

“We never discussed what we were going to do,” recalls Åkerfeldt. “I went down to hang out at Steven’s house and we drank wine and talked about music, but neither of us had anything prepared. We wrote the song ‘Drag Ropes’ [Storm Corrosion’s opening track] that first night, and we both thought it was pretty cool. We’d never heard anything like it and it doesn’t really sound like our bands. We found our own niche, right then and there.”

“It was special, different and intriguing,” agrees Wilson. “We ran in the opposite direction of the idea of a prog metal supergroup that people had been talking about and expecting from us. It was a chance to delve into more experimental ideas. We were being wilfully self-indulgent in the best possible way, making music to please ourselves. There’s something wonderfully pure and liberating about that you can hear that in these songs.”

Wilson has mixed and contributed to several Opeth albums over the years, of course, but this is the first time that he and Åkerfeldt have written music together. Recorded at Wilson’s No Man’s Land studio in leafy Hertfordshire, England, Storm Corrosion is a six-song exploration of the outer limits of these two artists’ febrile creativity. As with their individual recent works – Wilson’s ‘Grace For Drowning’ and Opeth’s ‘Heritage’ in particular – which have challenged their respective fan bases and added new, vibrant colours to once familiar aural palates, this album is an exercise in total musical freedom, wherein anything is possible and ideas are snatched from the ether and moulded into something utterly new, beguiling, disturbing, and otherworldly. From the sprawling, multi-faceted dynamic splurge of ‘Drag Ropes’ and the unsettling sweep of title track through to the fragile menace of the closing ‘Ljudet Innan’ (which means “ancient music” in Swedish), Storm Corrosion is an epic, disorientating trip.

“You can hear it in Opeth and in my music, the idea of taking something beautiful and destroying it,” explains Wilson. “We have both always loved the idea of discord, of beauty, and ugliness side by side. Without being too pretentious, that’s what life is like, so you hear a lot more of that coming out in Storm Corrosion. It’s heavy, but without the use of the metal vocabulary. You can hear that on ‘Grace For Drowning’ and on ‘Heritage’ too. So I think, in many ways, this is the completion of a trilogy.”

Although manifestly conceived in the grand, esoteric tradition of records like Talk Talk’s ‘Spirit Of Eden’ and Scott Walker’s ‘The Drift’, Storm Corrosion is unmistakably a work of intense originality and one that has grown organically from a process that has plainly thrilled its creators.

“It was very much a 50/50 effort and very easily achieved,” states Åkerfeldt. “We just sat down, started from scratch and created it all from nothing. There’s some beautiful music on there but it’s a demanding record. If you’re doing other shit as you listen to it, it’s going to pass by like elevator muzak. You really have to sit down and pay attention! If you allow it to sink in, it could be a life companion…”

Anyone who has followed the careers of Wilson and Åkerfeldt should already be prepared to embrace the unexpected as their artistic sensibilities fully collide for the first time, but both men are resigned to the fact that Storm Corrosion is a deep and daring piece of work that will simply not strike a chord with every Opeth or Porcupine Tree fan. This is something else, something other…and it’s truly extraordinary.

“For me, self-indulgence is one of the fundamental things about being an artist,” Wilson concludes. “Do not make music or art to please other people. If you do, you’ve stopped being an artist and you’ve become an entertainer. This is a very cinematic, impressionistic and immersive record. We just got together and it poured out of us. With this record you’re entering into a very unusual and unfamiliar sonic universe and that’s a very exciting thing to be part of.”