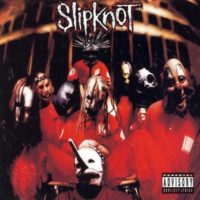 Today, 21 years ago, the mighty Slipknot unleashed their incredible debut album and it still sounds as amazing and vital […] 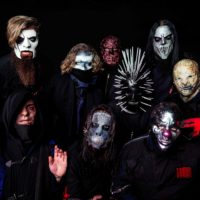 Slipknot Unmasked: All Out Life

How do you celebrate Friday 13th? With a Slipknot documentary obviously! Tune in tonight at 11pm on BBC Four for a […]

Check out the epic video for Slipknot‘s Nero Forte here:

Kicking off January 2020 with a huge Slipknot arena tour with support from Behemoth!

Check out Birth Of The Cruel, another new song from Slipknot

Slipknot have unleashed a new song 4 days before We Are Not Your Kind is out. This is Birth Of The […]

WE ARE NOT YOUR KIND

The best art can often be born in the darkest of times. The members of Slipknot can certainly attest to that. The Grammy Award-winning, multi-platinum legendary hard rock visionaries found themselves facing their most trying hour on May 24, 2010. Founding bassist and songwriter Paul Gray tragically left this earth, and his band spiraled into overwhelming sorrow and sadness. Despite triumphant headlining shows at Sonisphere, Download, and The Rockstar Mayhem Festival stateside over the next two years, whether or not they would record again remained unclear. However, in the summer of 2013, the musicians-Corey Taylor [vocals], M. Shawn “Clown” Crahan [percussion], Jim Root [guitar], Mick Thomson [guitar], Chris Fehn [percussion], Sid Wilson [turntables], and Craig Jones [sampler]-experienced a collective revelation, and ideas for their fifth full-length album .5: The Gray Chapter [Roadrunner Records] started to organically gestate.
“After Paul passed, I was struggling-as we all were,” exclaims Clown. “I was immediately aware I wouldn’t want to go in the studio too quickly because it would’ve been impossible not seeing him there. Everything happens for a reason, and something clicked at the beginning of the year. I say Paul’s name every day, and I smile. I don’t dwell on any sort of negativity. I think we did channel some real positive feelings, even if the delivery is a little angry here and there. We dug in. We had a little time to mourn, and we needed that. We all reached a point where we could talk about things and feel things. Then, we could communicate through the music.”

“There was a weird moment when we figured out that it was going to take all of us to fill in the blank Paul’s creativity had left,” admits Taylor. “That’s just how creative he was. In a lot of ways, this brought out the ‘Inner Paul’ in everybody. We started looking for the heavier, more musically creative, and intricate ways to do things. It took everything we had learned from him over the years to make this album work. If he could hear it, he’d be so fucking stoked.”

Initially, Root began feverishly writing songs in his garage back in Florida, starting awaken the album’s instrumental structure. He unconsciously took a page out of an old friend’s book in the process.
“When we were making previous records, I’d always go to Paul’s house and learn what he was demoing,” he recalls. “Last November, I put my head down, opened up my MacBook Pro, and started writing at my computer every day. I was exploring the neck of the guitar more. It hit me like a ton of bricks one day, ‘That’s what Paul used to do when he wrote’. I’m not a very spiritual person, but it opened my eyes to when people say, ‘Just because someone is gone doesn’t mean he’s not with you’. It made me feel like, ‘Shit, he is with me. He’s helping me through this process’.”

Early 2014 saw Slipknot secretly retreat to Los Angeles to record the follow-up to 2008’s platinum-selling All Hope Is Gone, which debuted at #1 on the Billboard Top 200. They co-produced the effort with their Vol. 3: The Subliminal Verses collaborator Greg Fidelman [Metallica, Slayer] at the iconic Sunset Sound and Westlake Studios.

“Greg is very involved and easy to work with, and he’s got a great sense of humor,” says Root. “There was one incredibly important thing he brought to the table. He was the last guy we worked with when we were functioning as a tight unit on Vol. 3. Greg helped us remember what we are as a band. He helped pull us back into that world.”

Early within the sessions, the members tapped into a raw aggression akin to their breakout self-titled debut and 2001’s landmark Iowa, but filtered through fifteen years of wisdom and refinement.
“I learned something important while working on this,” Clown continues. “When you get into this fucking business, they teach you really quickly that you have your whole life to create your first record. You’re blessed if the world pays attention to it. By the time your second record comes along, you have to write under the gun, and other problems arise from touring the world. On this album, I learned you may have your whole life to create your first album, but you have the rest of your life to do it again. That’s how I feel about this record. Insanity went into making it, and I’m so proud of what we accomplished. In that way, it was effortless.”
“This is one of our angrier albums,” Taylor declares. “I went back to a place I hadn’t gone to in a long time, but I needed to venture there to properly tell this story. It’s a narrative where I’m talking about things most people don’t want to talk about. Obviously, I’m getting into some survivor’s guilt, which is namechecked. There’s sadness when you lose someone, but there’s also an incredible rage because you lost them too soon. This whole album is about the different steps it takes to achieve acceptance. I’m definitely not sure I’ve accepted it, but I deal with it. We’re saying what we’ve all been feeling. We’re so angry at you, but we love you so much.”

Teasing the storm to come, Slipknot first unveiled “The Negative One” on August 1, 2014. After an ominous swell, a buzzsaw guitar seesaws between gnashing and guttural, snapping into a propulsive beat punctuated by eerie and entrancing squeals. Corey spits pure vitriol before blasting into an equally anthemic and atomic refrain. He goes on, “It’s that inner fist fight. You’re going to war with yourself and finding out which side is going to win.”

Meanwhile, the first single from .5: The Gray Chapter, “The Devil In I”, comingles a chugging death-march riff, double bass drumming, and a soaring chorus that proves insidiously infectious. “It’s basically a parallel theme to ‘The Negative One’,” the vocalist explains. “It deals with one of my favorite subjects-duality. It’s basically about turning on the people you love, especially in such a dark time. When we first started playing live again, there were times none of us would talk. We were all so numb, and we started turning on each other. It represents the person inside of you that you hate. He can be just as evil to an enemy as he can to a family member. No matter how hard you try to keep him in check, that fucker will get off the leash and rip through the cardboard to get somebody”.
“That started back in the garage,” Root remembers. “It’s very unique. When Corey put his vocals on the song, it really woke up. It covers a lot of different bases of what we do.”
On the other end of the spectrum, album opener “XIX” builds from a $63 seventies pump organ played by Clown into a searing declaration with all of the vocals recorded in one take. Channeling ethereal darkness through Slipknot’s own twisted gaze, it opens up the spiritual gateway into .5: The Gray Chapter.

“In a lot of ways, we’re starting over,” sighs Taylor. “‘XIX’ sets the tone for the entire record. We’re pulling ourselves off the mat, shaking it off, praying we’re going to be able to see what the hell is going on in front of us, and getting ready to attack.”

“I had this built up energy in me since the day of Paul’s funeral, and I saved it for four years,” adds Clown. “That’s the music for ‘XIX’. I thought it was so appropriate.”
At the same time, “Goodbye” might just be the album’s most poignant moment. Transmuting ethereal instrumentation within evocative lyrics, it proves utterly chilling as it recounts the day Paul died. “Word for word, it’s about all of us sitting in my house that day,” says Taylor. “It was the first time, Slipknot-the band-had ever been in my house. The irony was it took the death of one of us to get everyone there. We were all balling our eyes out.”

Covering a myriad of feelings, Slipknot deliver one of their most brutal declarations ever with the polyrhythmic viciousness of “AOV” and an echoing and eviscerating “call-to-arms” on “Sarcastrophe”. “Skeptic” offers up a lyrical dedication to Paul, while the finale “If Rain Is What You Want” leaves listeners breathless with its cinematic expanse and starkly uplifting dénouement.

Taylor continues, “If life was a movie, that’s when the end credits would begin…but life isn’t a movie. It keeps fucking going. That’s what the song is.”

They keep going too. Slipknot stand out as one of history’s most impactful and culturally significant hard rock entities. Since first landing in 1999, the group has garnered 11 platinum and 38 gold record certifications worldwide with its most recent offering All Hope Is Gone debuting at #1 in seven countries, including the U.S. They’ve covered magazines ranging from Rolling Stone and Revolver to Guitar World and Billboard and earned a GRAMMY Award for “Best Metal Performance” as well as numerous accolades from Kerrang!, Revolver Golden Gods, NME, Metal Hammer Golden Gods, and more. Live, they’ve decimated stages everywhere from Rock In Rio to Soundwave.
2014 has proven to be one of the biggest years in Slipknot history though. They’ve built their own international festival experience on two continents, conquering both Southern California and Japan in the fall. Moreover, they ignited one of their most ferocious arena tours yet supported by their brothers fellow Grammy Award-winning hard rock luminaries Korn and the year’s breakout act KING 810.

At the same time, .5: The Gray Chapter still feels like another beginning for the band.

“Throughout this, we’ve realized Slipknot is bigger than any one of us, and it’s more important to the people it’s helped through life,” asserts Root. “We’ve learned how to communicate better. We had a really good teacher named Paul. For his legacy, we owe this to him. His favorite thing in the world was to create music and jam. One of the biggest things I’m going to miss in life is him standing next to me on stage and yelling, ‘Shred that shit!’.”

“There’s no politics or fucking secret agenda here,” concludes Clown. “It’s fucking art as usual. Just when you were bored, you heard that sound and everything went away because Slipknot is back. We are the example of how and what not to do. Just as things get bad here, we show up to save it. It’s business as usual. It’s love as usual. It’s pain as usual. It’s Slipknot as usual.”

Taylor leaves off, “I want people to listen to this over and over and discover something new every time. It’s so dark. We don’t give a shit about singles. We make albums. We make pieces of art. We make fits of fury. We make bursts of musical fucking frenetic energy, and we always will. We’re here to stay.”