Empress AD bassist Ollie Loring spoke to HMV about his record collection. In the piece which you can read in full […]

Empress AD have added more songs to their constantly evolving Spotify playlist ‘Delve Into The Retrospect: An Empress AD Curated’. […]

EMPRESS AD || HAVE ANNOUNCED A SHORT RUN OF SHOWS!

Empress AD have announced a short run of dates for the end of November. The band will hit the following […]

The guys in Empress AD have created a guide to their epic debut album ‘Still Life Moving Fast’. You can […] 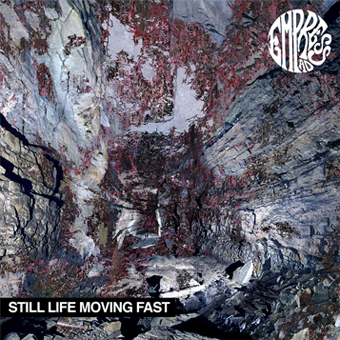 Roadrunner Records are thrilled to announce the signing of British prog-metal band EMPRESS AD. Formed in 2011, and until now known simply by the monicker ‘Empress’, brothers Ollie (guitar and vocals) and Alex Loring (bass), together with Edd Unwin (drums) and Tom Meadon (guitar) have crafted a sound that belies their young age. Soothing and vicious in turn, they juxtapose gentle harmonies with frantic ferocity; relaxed strumming followed by thrashy beats, time signature changes and other interesting meanderings.
There are as many elements of Mastodon, Metallica, and Opeth in their music as there are of the more melodic Pink Floyd, King Crimson, and Elbow – all huge influences. The band also cites influences such as post-hardcore pioneers Underoath and Thrice. If that seems quite the motley crew, you’ll understand why the band’s sound is hard to pin down.

Danny Corr, ROADRUNNER RECORDS, says: “We’re hugely delighted to welcome EMPRESS AD to the ROADRUNNER fold. They are truly one of the most exciting young bands around and we’ve been wanting to work with them for ages – now it’s finally happening! We can’t wait to get started with their debut album due out this Summer and then work alongside the guys on many records to come!”

EMPRESS AD’s Ollie Loring adds, “We couldn’t be more thrilled to be a part of the ROADRUNNER family. Changing the band’s name was a necessary step to safeguard against any name issues down the line. EMPRESS was then. EMPRESS AD is the watershed moment and very much ‘the now’. We know we have the best possible label partner in ROADRUNNER to help us achieve the things we always dreamed of. We’re over the moon. Stay tuned… it’s going to be fun.”

EMPRESS AD have already picked up plaudits left, right, and centre, with Rock Sound magazine declaring them ‘Band of the Week’ and industry bible Music Week enthusing, “Like the four guys from Mastodon riding a whale, wearing an Elbow t-shirt. You’ll be amazed.” The Guardian labelled them “likely to headline Download” and made them ‘New Band of the Day”, exclaiming, “Forget quiet-loud, these prog-metallers can go from quiet to sounding like they are exhaling dead matter from the bowels of hell. That’s a recommendation, by the way!” Kerrang! magazine declared the band were “More in your face than a pair of eyeballs.” Add to that, terrific radio support from well respected, tastemaker DJs Ian Camfield (XFM), Daniel P. Carter (BBC Radio1) and Zane Lowe (BBC Radio1), and it’s easy to see why the band are gathering steam at a phenomenal rate.

EMPRESS AD’s debut album will be released by Roadrunner Records in Summer 2014.