Alter Bridge frontman Myles Kennedy spoke with Full Metal Jackie for Loudwire. In the interview you can watch below, Myles […]

The guys in Alter Bridge have released an outtakes & bloopers video from their mammoth Fortress Tour. Alter Bridge’s latest […]

Alter Bridge have been announced for Download Festival 2014! The Florida rockers will be playing the main stage on Sunday […] 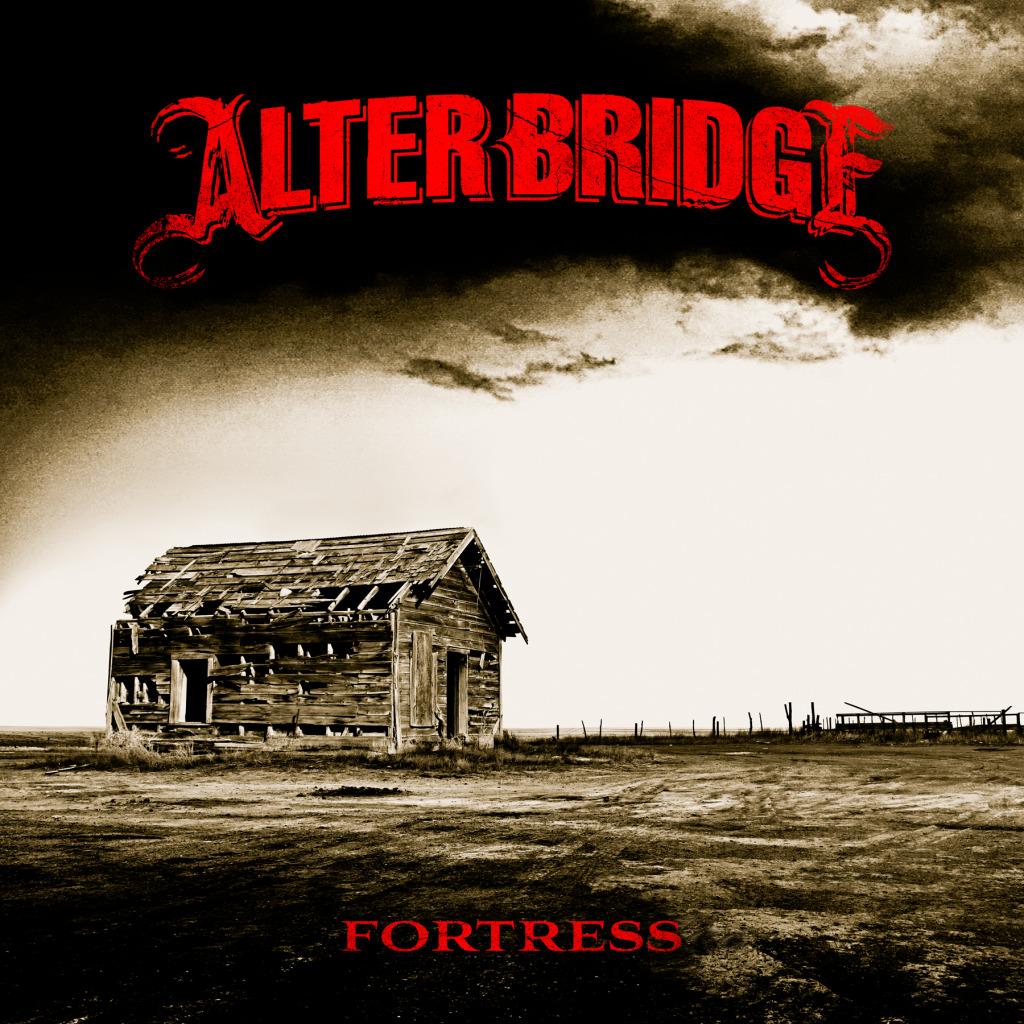 Three years have passed since the critically lauded ‘ABIII’ crashed into the Top 10 of the UK Album Chart, and now Myles Kennedy (vocals/guitar), Mark Tremonti (guitar/vocals), Brian Marshall (bass), and Scott Phillips (drums) return with a new collection of songs to cement their place at the top. ‘Fortress’ is 13 tracks of unapologetic, searing hard rock that ALTER BRIDGE has come to be synonymous with. The album was recorded and produced by long-time ALTER BRIDGE producer Michael ‘Elvis’ Baskette (Stone Temple Pilots, Incubus, Trivium) at his studio in the band’s native Florida.

“Fortress is a musical snapshot of a specific period of time,” divulges Myles Kennedy. “We didn’t allow ourselves the luxury of over-thinking and over analyzing. That is what makes this record so special to me. When I listen to these songs everything sounds fresh and unencumbered by the sound of beating arrangements into the ground. There is spontaneity. We try to push ourselves musically with each record, but we opted to veer further from some of the standard approaches we’d used for writing and arranging songs in the past. That said, we still tried to maintain the ALTER BRIDGE sound.”

“I think we always just write for ourselves,” adds Mark Tremonti. “If we dig it, usually the fans will too. The only thing we had in mind for this record was that we’ll be performing this stuff night after night, so we wanted to make sure they were fun, interesting songs with a lot of energy. We don’t write heavy songs for the sake of it but the heavier songs are always the ones that really grab the audience’s attention. We wanted to have a bunch of that on this record. The heavier stuff is fun to play!”

From the opening acoustic guitar on ‘Cry Of Achilles’ through the other 12 songs on ‘Fortress’, it is clear ALTER BRIDGE are back to underline their status as one of contemporary hard rock’s breakthrough bands. The four piece showcase some of their heaviest material ever in tracks like ‘Bleed It Dry’ and ‘Farther Than The Sun’, but also reprise their signature, softer side with songs like the epic title track ‘Fortress’ and the album’s most inspirational moment, ‘All Ends Well’. Regarding that particular song, Myles states that “it was written from my mother’s perspective. When I was young, I struggled like any kid who is insecure and lacking self-confidence. But my mother believed in me and in the end that is what I needed more than anything.”

“Overall, the lyrical themes touch on intolerance, betrayal, greed, and retribution,” the singer continues. “Themes that aren’t the norm in the ALTER BRIDGE songbook. Musically, we chose to expand our boundaries, which in turn gave me carte blanche to try out different approaches lyrically.”

Mark joins in, “At first I thought it was gonna be a fun, energetic rock record that didn’t get as dark as ‘ABIII’. But as it materialised, it still had a lot of those darker songs. There are uplifting tunes on there too, but when you’re writing hard rock, it sometimes lends itself to having darker lyrics.”

“Fortress represents anything that seems impenetrable,” Myles adds. “Anything that one assumes is everlasting and permanent. But what happens when the invincible falls? It is something we may all come to grips with at some point in our lives. Nothing will last forever.”