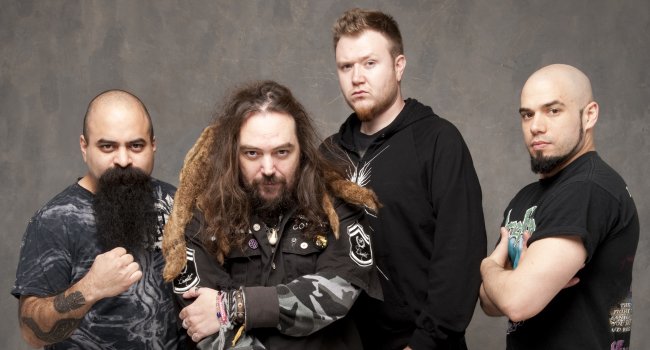 SOULFLY are set for a short UK visit next month. The Phoenix, AZ-based outfit, fronted by metal legend Max Cavalera, […]

As with Ben and Chris from BLACK STONE CHERRY, All Axess also recently caught up with SOULFLY and CAVALERA CONSPIRACY […]

SOULFLY have announced a couple of UK shows in July, as part of their European summer festival run. These low-key […]

SOULFLY AND MASTODON IN THIS MONTH’S TERRORIZER MAGAZINE…

SOULFLY ‘ENSLAVED’ REVIEW UP ON OURZONE…

SOULFLY released ‘Enslaved’ yesterday, which is their eighth studio album and we’ll be posting reviews of the album throughout the […]

SOULFLY‘s new album ‘Enslaved‘ is out on the 12th of March and in anticipation of the release, the band announced […]

SOULFLY unleash new album, ‘Enslaved’ on March 12th and for those who simply can’t wait that long, Roadrunner have teamed […]