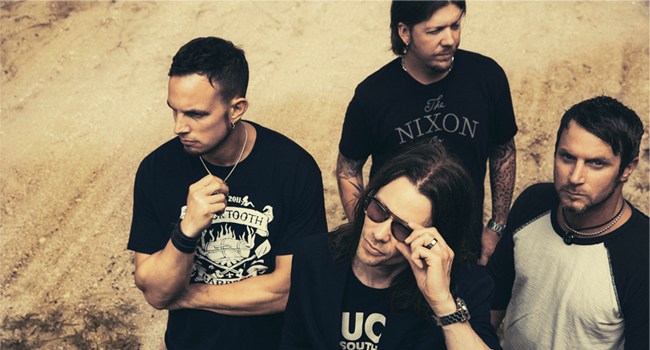 Alter Bridge frontman Myles Kennedy spoke with Full Metal Jackie for Loudwire. In the interview you can watch below, Myles […]

The guys in Alter Bridge have released an outtakes & bloopers video from their mammoth Fortress Tour. Alter Bridge’s latest […]

Alter Bridge have been announced for Download Festival 2014! The Florida rockers will be playing the main stage on Sunday […]

We recently got the chance to sit down & talk

ALTER BRIDGE // INSIDE FORTRESS VIDEO! “NO ONE GETS UP EARLY IN ROCK N ROLL”